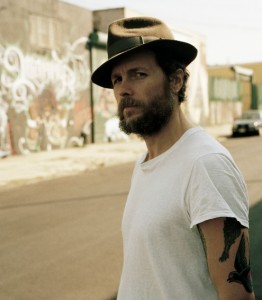 Italian Jovanotti got involved in music when Claudio Cecchetto gave him the opportunity to work as a DJ for a local radio station, hosting a New Year’s Eve show. He made his first record at the age of 19, a single called “Gimme Five,” which was later featured on his debut album, Jovanotti for President. As a young he artist participated in San Remo’s festival singing “La Mia Moto.” Soon, he was debuting as a TV host on DJ TV and 1,2,3 Casino. In addition, he began writing a book called -Yo, Brothers and Sisters. Jovanotti played a role in the movie Giardini dell’Eden, directed by Alessandro D’Alatri. That same year, he joined a tribute to Robert Wyatt and a project called Artisti Uniti Per Gli Zapatisti Del Chiapas. Shortly thereafter the hip-hop singer/songwriter returned to San Remo with a song called “Cancella Il Debito.” Jovanotti has intensified his tours and collaborations and has performed with internationally renowned artists (Pino Daniele, Luca Carboni, Luciano Pavarotti). Over the last few years, Jovanotti has increased his political and social involvement and this has led him to become, among other things, one of the main promoters of the Campaign for the cancellation of the public debt owed by Third World Countries.