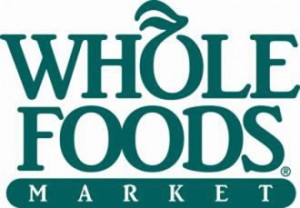 Local food truck chefs are heating things up this summer during the annual Fill the Grill chef cook-off at Whole Foods Market â€“ Coral Gables. The first round took place last week and the battle continues this Thursday, August 9, 2012, with round two as Alfredo Montero (Mr. Good Stuff) goes up against Eileen Andrade (CUBANCUBE). The rules remain the same â€“ chefs have $20 and 20 minutes to speed shop the store for ingredients; then, they have an additional 20 minutes to prepare a delicious, affordable and creative summer meal using only a grill. A panel of judges will determine which chef moves on to the next round.

Foodies, grilling aficionados and food truck lovers came out to watch round one of the Fill the Grill challenge on August 2, 2012. Famed food truck chefs Jim Heins (Latin Burger & Taco) and Robyn Almodovar (The Palate Party) competed against each other for a spot in the finals. In the end, Jim Heins was crowned the winner. Although Heins wonâ€™t be available to compete in the finals, his sous chef, Shaun Henry, will be there to represent Latin Burger & Taco.

Thursday, August 16: Shaun Henry of Latin Burger & Taco vs. the winner of round two face-off in the finals