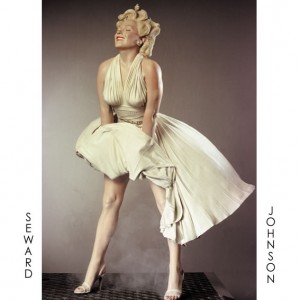 Galleria Caâ€™dâ€™Oro is pleased to present Marilyn Monroe | Tribute to a Female Icon, a group exhibition of 21 artists celebrating the life of the screen goddess in the date the marks the 50 year anniversary since her death.

Marilyn Monroe | Tribute to a Female will be on view through Wednesday, October 10th

Marilyn might be gone, but fifty years later she still continues to electrify the world. Marilyn Monroe | Tribute to a Female is intended not only for those who appreciate the arts, but also for the ultimate Marilyn fan. This vibrant celebration of the Hollywood star not only pays tribute to the icon, but explores the woman behind one of the worldâ€™s most quintessential sex symbol.

The exhibition showcases a life-size sculpture of Marilyn wearing the iconic white dress immortalized by Seward Johnson in her most famous pose; an unusually lanky rendition by Valentina De Martini, a naked Marilyn immersed in color by Pablo Echaurren, a pop interpretation by Ludmilla Radchenko alongside the Marilyn series produced by Andy Warhol, a decollage by Mimmo Rotella, a witty composition by Leonardo Hidalgo, a painting with a real black diamond on the famous Marilyn beauty mark by Enrico di Nicolantonio and a live performance by Erika Calesini. The tribute to the American starlet comes to life in a 28-work exhibition that includes paintings, photographs, video, installations, and sculptures.

Pepsi Italy has created a Pepsi Light limited edition can to commemorate the myth and the 50th anniversary of the death of the timeless star. Among all the artists that made Marilyn immortal, Pepsi chose Sid Maurer; whoâ€™s many talents range from painting to music- to create an art can which captures the charisma, femininity, and sex appeal of the world famous style icon. The collectable Marilyn can will make itâ€™s first U.S. appearance at the opening reception at Galleria Caâ€™ dâ€™Oro.

Marilyn Monroe | Tribute to a Female made its successful debut in June 8th, 2012 at the nineteenth-century Palazzo Wedekind in Piazza Colonna, in Rome, Italy, only a few days after what would have been Marilynâ€™s 86th birthday. For this symbolic reason curators Gloria Porcella and Lamberto Petrecca chose the months of June and August for the double launch of the exhibition.