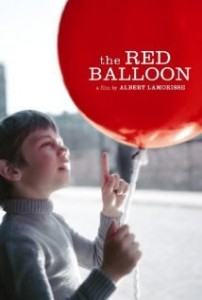 The Red Balloon
In Paris, a French schoolboy makes friends with a red balloon and vice-versa, with the balloon following him around like a pet. It stays out of the reach of other would-be captors, but a gang of boys destroys it eventually. Then other balloons of various sizes and colors descend on the boy from all parts of Paris, and together they lift him into the sky and take him away over the horizon. (Family/Fantasy/Short)

Muppets from Space
After Gonzo receives messages from his breakfast cereal, he determines that he is an alien and tries to contact his alien brethren, but is captured by an overzealous secret government agency determined to prove the existence of extraterrestrial life. It’s up to Kermit and the gang to rescue Gonzo and help reunite him with his long-lost family. (Family/Comedy/Sci-Fi/Adventure)

Free Admission, open to the public