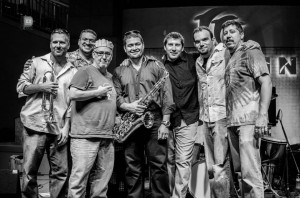 Electric Piquete has been together for about four years playing bars, clubs, private parties and music festivals throughout Miami-Dade, Broward and Monroe counties. Their sound can best be described as an all-instrumental mixture of rock, Latin, funk and jazz. They were named “Best Latin Band” by the Miami New Times in 2009 and a “Band of the Hour” by Miami.com. Lexus thought enough of their sound to license their music for use in a promotional video. The Miami Herald featured one of Electric Piquetes songs in a special Bay of Pigs 50th Anniversary report.