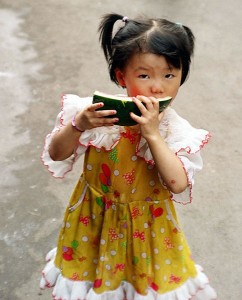 Bernard Eismann has been taking pictures since his early teens. The images his eye seeks are of people and places, each with some hint of a story. Starting in the 1950s he worked in the news business as an editor, reporter and foreign correspondentâ€”not a photographer– covering war, revolution, politics and natural disasters for almost 20 years. Assignments took him to all 50 states, to political conventions, presidential campaigns, to Israel, India, Vietnam, Cuba, Panama, Guatemala and the Dominican Republic as well to coverage Mercury and Gemini space missions with reports heard and seen on CBS and ABC. His work earned 2 Emmys along with a number of other professional awards. Eismann is a graduate of NYU and earned a Masters Degree as a fellow in East Asian Affairs at Colombia University. With a New York Times correspondent, he co-authored â€œâ€The Far Right, reportage on the right wing radical the fringes in American politics published in 1963. With his wife Suzanne, Key Biscayne has been home for a dozen years.

Join Artrageous Gallery for the opening of â€œPeople and Placesâ€ a photography exhibit created by photographer, Bernard Eismann. The show will run until Monday, August 1.