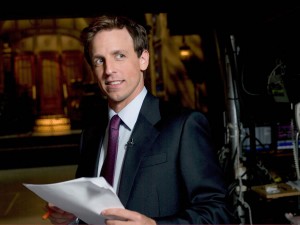 Saturday Night Liveâ€™s popular comedian and actor Seth Meyers will bring the laughs to Seminole Casino Coconut Creek this summer at The Pavilion. Meyers is currently the longest tenured SNL cast member, having joined in 2001, and serves as head writer as well as anchor of “Weekend Update.” Before focusing his attention solely on “Weekend Update,” Meyers was a regular player in sketches, performing numerous characters and impressions, most notably an uncanny portrayal of Senator John Kerry for the show’s satire of the 2004 Presidential election.

Tickets start at $35* and are available at www.ticketmaster.com. *Additional fees may apply.

For more information, please call Seminole Casino Coconut Creek at 954-977-6700, visit www.seminolecasinococonutcreek.com or www.facebook.com/seminolecasinocococreek and follow us on Twitter @SemCasinoCoCo.