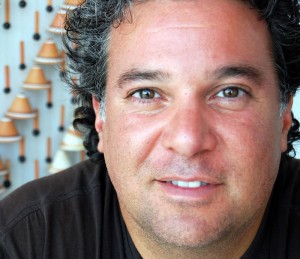 If a picture is worth a thousand words, the artwork of Victor-Hugo Vaca Jr. speaks volumes. â€œIn a world where what a celebrity wears , or doesnâ€™t, makes headlines, I realized that a journalistic void needed to be filled, to insure future generations grasp the reality of our existence, in this era of revolutionary change.â€ An innovator, sometimes called, â€œradicalâ€, Vaca created Modern Art Gonzo Journalism, by fusing Hunter S. Thompsonâ€™s Gonzo Journalism with the cryptic art-style of subliminal messages in works by icons like Dali and Picasso. The artist who shares his birth name, Victor-Hugo, with the historic French revolutionary, was inspired by works like Picassoâ€™s â€œGuernicaâ€ revealing the tragedies of war and Daliâ€™s â€œParanoiac-Critical methodâ€.

â€œArt is history. Art is life. â€ Victor-Hugo says. â€œFrom the cave paintings of Lascaux in France to the art left behind on walls of the ancient city in Pompeii, Italy, we can assess the human condition of our ancestors, by studying the images created by artists.â€

With a journalistic background and education, the artist FOX News calls, â€œThe Modern-day Andy Warholâ€, set out to edify the masses by painting news stories often overlooked by mainstream media outlets. Modern Art Gonzo Journalism, through Vacaâ€™s work, creates a diary of the world on canvas, illustrating events that influence the evolution of modern civilization.

Throughout history, artists have been visionaries who celebrate humanity and circumstance through unique interpretations. â€œAs an artistâ€, Vaca explains, â€œmy job is to paint what I see; the beautiful chaos that propels life forward. It is up to investigative journalists and government agencies to do their job by following up on the clues I have put into my paintings.â€ His Modern Art Gonzo Journalism series has appeared in newspapers, on television shows and in movies.

Vacaâ€™s own conviction to ethics, placed him in the midst of controversy and danger, converting his circumstance into an award- winning short film inspired by his paintings. Based on actual events, the movie, produced, directed and written by the talented multi-media artist, has gained an underground cult following, now being made into a major motion picture series, entitled, â€œRedemption: The Story of the Crackhead Jesus Trialsâ€. True to the mission of The Modern Art Music Movement, which he founded, Art, Music and Film are natural partners of expression.

Vacaâ€™s work can be seen by private appointment at his Hillsboro Beach Studio and at exhibitions around the world. For more information email GlobalMarketingAlliance@yahoo.com to opt in for schedules.

About the Maverick Artist Victor-Hugo Vaca Jr: The artist, who has been called, â€œThe Voice of the Lied-To-Generationâ€, created his works for museums but he does not shy from exhibiting his art in nightclubs, storefronts, restaurants or any other location where he can raise awareness while spreading his message of peace, love and hope to the masses. â€œWhen people visit museums, they learn about themselves. History is what we all share in common, as a human race. I want future generations to realize that we were more than just sound bites and photo-ops.â€