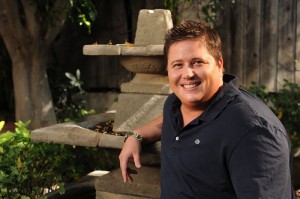 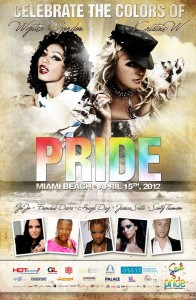 â€œThis yearâ€™s line-up of entertainers certainly has something for everyone,â€ said Babak Movahedi, president of the Pride Board of Directors. â€œFrom dance to pop and from Broadway to gospel, the Miami Beach Gay Pride Festival will be a musical sensation.â€

With the release of her latest album, â€œStraight Up with a Twist,â€ international dance club icon Kristine W found news ways to share â€œThe Power of Musicâ€ with her fans — through contemporary jazz. Her venture into this new jazz genre expands upon the incredible success she has enjoyed since the â€˜90s in the dance world. She currently holds the worldâ€™s record for most consecutive #1 Billboard Club Hits with nine; Madonna and Janet Jackson each had seven in a row.

Following a successful career as an international singer/songwriter, working with such artists as Mary J. Blige, Estelle and Jennifer Lopez, Wynter Gordon released her debut album, â€œWith the Music I Die,â€ last summer. The first single from the album, “Dirty Talk,” topped the U.S. Dance Chart and was certified three-time Platinum. Her second single off the album, “Til Death,” reached number three on the U.S. Dance Chart. In addition to her solo career, she has recorded songs with Flo Rida, Rhythm Masters, and Freemasons. In 2011, she was nominated for a NewNowNext â€œBrink of Fame Music Artistâ€ Award and an International Dance Music â€œBest Break-through Solo Artistâ€ Award.

Since bursting on the global pop scene with the Pussycat Dolls in 2003, Miami native Jessica Sutta has built a reputation as a fan favorite — the sexy glamour icon with a heart of gold. Her solo breakout, “Show Me,” exploded with shuffle-fueled energy, reaffirming Sutta as the soulful vocalist she’s always been. In addition to her career, she has also worked to support marriage equality, and counts her gay fans among her favorites.

For JoJo, the journey has always been filled with music. Her new album â€œJumping Trainsâ€ explores the ever-shifting middle ground between strength and vulnerability while still maintaining a feel-good, uplifting vibe. She calls her music â€˜pop with an anger-management problem,â€™ because of its edgy style. The singer, now 20, released her platinum, self-titled debut album at the age of 13, and its follow-up, the gold-certified â€œThe High Road,â€ at age 15. Her hits include â€œBaby Itâ€™s You,â€ â€œLeave (Get Out),â€ and â€œToo Little Too Late.â€

Frenchie Davis wowed audiences with her take on “I Kissed A Girl,” â€œSingle Ladies (Put A Ring On It),â€ “Like A Prayer” and “When Love Takes Over” on the NBC hit show, â€œThe Voice.â€ And this was after â€œAmerican Idolâ€ judge Simon Cowell predicted she could win the hugely popular reality show competition. But before TV fame, Davisâ€™ chart-topping musical history includes several Billboard Dance Chart toppers, including “Give Me Tonight” and DJ/re-mixer Tony Moran’s “You Are.” She is in the process of selecting material for a new album, with plans to include a mix of Broadway, classic hits, dance and original material.

All the Miami Beach Gay Pride headliners as well as a roster of international DJs â€“ including Scotty Thomson — will perform on the Main Stage off Ocean Drive between 13th and 14th Streets in Lummus Park. Additional entertainment will feature Latin music on the Palace Stage at 12th and Ocean Court and local community acts on the Community Stage off 11th and Ocean Drive in Lummus Park.

Coming into its fourth year, Miami Beach Gay Pride has grown into the largest, single-day event of the entire year in Miami Beach. The hugely successful event in 2011 attracted more than 40,000 people from all walks of life, all parts of the country, and all age groups. Last yearâ€™s Miami Beach Gay Pride featured a parade with 66 entries and 1,200 participants. In addition to musical performances, the post-parade Festival features, 125 LGBT-friendly vendors and businesses, a food court, refreshments and a family-friendly play area.

The mission of Miami Beach Gay Pride is to bring together members of the lesbian, gay, bisexual, and transgender community, their friends, allies, and supporters in celebration of the unique spirit and culture of the LGBT community by producing free, safe, quality mass-appeal events that are open to all, including the Parade, Festival and allied Miami Beach Pride sanctioned events. For more information as events and activities are confirmed, visit www.miamibeachgaypride.com.