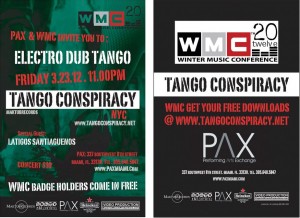 Prepare to experience this unique and innovative sound!!
This an event you don’t want to miss MIAMI.