The City of Miami Beach Cultural Affairs Council presents The Will Calhoun Trio, with John Benitez and David Gilmore, at Sleepless Night 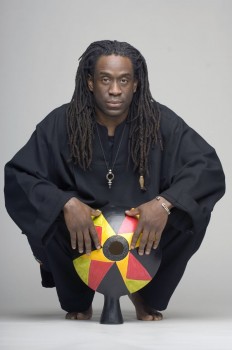 Not many artists have the vision and artistic energy to be Grammy winners and contribute to so many genres: jazz, rock, hip-hop, ambient, et al, while concurrently producing, touring, creating new projects, working on films, and continually pushing the envelope. Will Calhoun has this creative vision, and he is doing an extraordinary job keeping music a spiritual and motivating force in his life.

After releasing several solo drum/electronic albums and (with Doug Wimbish and Vinx) forming the groundbreaking band JUNGLE FUNK in the late 90â€™s, Will released his first solo jazz CD, which was Grammy-nominated in 2000: The Will Calhoun Quintet: Live at the Blue Note.

Will’s latest creation Native Lands is his follow-up release on Half Note Records. The album can be described as Jazz meets World, coupled with trance-inducing urban music. This dual disc (CD/DVD) combines Calhounâ€™s experiences as he marries his far reaching interests in a genre-bending collection that taps key expressionists from various backgrounds. Among those contributing are Pharaoh Sanders, Mos Def, Buster Williams, Stanley Jordan, Kevin Eubanks, Marcus Miller and Wallace Roney, as well as Nana Vasconcelos from Brazil and Cheick Tidiane Seck from Mali.