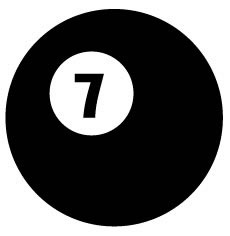 SEVEN, the pioneering collective project organized by the galleries BravinLee programs, Hales Gallery, Pierogi Gallery, Postmasters, P.P.O.W., Ronald Feldman Fine Arts and Winkleman Gallery will return to Miami for the second year, at a new location, from November 29 through December 4, 2011. With a focus on a collaborative, exhibition-like presentation commingling galleries and artists, SEVEN looks beyond the art fair model to create a new platform for viewing and acquiring works of art.

Inspired by the prevailing need for a more intimate, personal way to engage visitors during the Miami fair week, the members of SEVEN come together to create an environment where artworks may be experienced in a curated context and interested parties can have a substantial, quality interaction with the dealers. The emphasis on cooperation rather than competition relates to the founding days of these established, long-running galleries, which despite over 120 years of combined experience, remain true to the non-conformist, adventurous nature of their beginnings in the New York and London art worlds.

New this year are an outdoor installation space and a partnership with Creative Capital, which will present a large, interactive floor projection by Brian Knep, Healing Pool. Creative Capital, which provides integrated financial and advisory support to artists pursuing adventurous projects, is an ideal match for SEVEN and its founding philosophy.

BravinLee programs is excited to present new work by British artist Boo Ritson. Ritson paints people. Literally. She coats them with household paint and transforms her subjects into a variety of characters that she then presents as photographs. The gallery will also bring show a large new rope painting by Argentine Fabian Marcaccio who recently received the prestigious Bernhard Heiliger Award for Sculpture. Marcaccio, who became well known in the 1990’s, uses digital and industrial techniques resulting in large-scale environmental paintings, short animations, and “Paintants” that combine digitally manipulated imagery and sculptural form.

Hales Gallery will feature the work of Frank Bowling O.B.E. RA, the veteran Guyanese artist who began making abstract paintings in the early 1970s at a time when the prevailing trend was strictly formal works. His large-scale acrylic gel works differ in that they have always been linked to very particular geographical locations or strong emotional relationships, particularly with the British, American and Guyanese landscape. Hales will also feature works by Adam Dant, whose large-scale brush and ink drawings alongside cartographic and serial publications re-imagine the life of cities.

Pierogi Gallery will feature the work of Jonathan Schipper and Kim Jones. Jonathan Schipper will develop a new kinetic installation dealing with entropy, Slow Room. In this work, over the course of five days, a room full of furniture is pulled through a small hole in corner of the room in a slow-motion sequence of inevitable events. Kim Jones is known for his infamous performance persona, Mud Man, and his detailed war drawings. Pierogi will show a group of his war drawings and several sensitive wall sculptures.

Postmasters will present paintings by David Diao, who has a renewed attention from the next generation of curators and collectors, as well as new young galleries in Europe. Diao, who was born in China in 1943, re-configures images and motifs from modern art, architecture and design into luscious paintings of charts, patterns and personal history as an artist suspended between the East and West. They will also feature paintings and drawings by Williams Powhida, an artist bent on exposing the power dynamics in the artworld microcosm and the world at large. William Powhida: an idealistic master observer or an insufferable crank? Powhida’s works polarize and lets us know there are things we just can’t agree upon.

Pâ€¢Pâ€¢Oâ€¢W will present a site-specific installation by Bill Smith who creates interactive sculptures that rely on his training in both art and science. His work synthesizes his acute observations of nature and an intensive approach to mechanical engineering, resulting in installations that exists somewhere between a highly sophisticated sculptural practice and the elegant mechanics of science. In addition there willbe two large scale storefront paintings by Martin Wong, whose estate Pâ€¢Pâ€¢Oâ€¢W represents. Beginning in 1984, Wong started painting life-size replicas of storefronts from the East Village. Wong rendered the combination of painting and architecture, and it evolved into a spiritual concept, rather than an environment.

Ronald Feldman Fine Arts presents a selection of the gallery’s represented artists including new works by artist Rico Gatson and David Opdyke. Gatson continues to focus his keen eye on the visual language and historical symbolism of American race relations, identity and blackness. Gatson recently exhibited a 15 year survey of work as the featured artist of Exit Artâ€™s SOLO program. Opdykeâ€™s at once cunning and dramatic small sculptural vignettes are rich with formal detail. In juxtaposition to his sculptures, Opdykeâ€™s new drawings are abstracts crafted from reconfigurations of scanned ephemera layered and manipulated to scramble legibility. Both artists project a sense of playfulness in the face of complexity. SEVEN partner Creative Capital will feature an viewer-interactive digital projection entitled Healing #1 (2003-04) by gallery artist and Harvard Medical School artist-in-residence, Brian Knep.
Winkleman Gallery will present new work by Jennifer Dalton, whose September exhibition examining the lopsided number of men vs. women guests invited on supposedly liberal TV and radio talk shows has generated a stir among the media watchers across the country. Also, the brand new video by legendary experimental filmmaker Leslie Thornton expands upon her celebrated Binocular series to explore the intersection of man’s influence on nature as it affects other animals. “Sheep Machine” is a mesmerizing 12-minute video using Thornton’s kaleidoscopic technique, shot in the highest peaks of the Alps, where a lazy ski lift makes an ominous, sci-fi looking backdrop for a herd of grazing sheep.