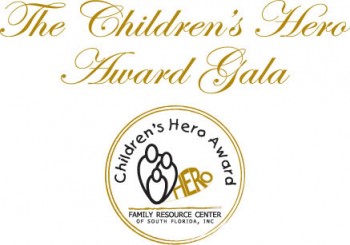 The Award: Established in 2009, the Childrenâ€™s Hero Award honors acommunity leader who has shown incredible foresight and leadership in providingservices and access to those youth who have suffered child abuse and neglect inMiami-Dade.

The Honoree: This year, Family Resource Center will recognize Miami-DadeCollege President Dr. Eduardo PadrÃ³n with the award. Eduardo PadrÃ³n arrived in theUnited States as a refugee at the age of 15. Since 1995, he has served as President ofMiami Dade College (MDC), the largest institution of higher education in America withmore than 170,000 students. MDC enrolls and graduates more minorities than anyother institution in the United States, including the largest numbers of Hispanics andAfrican-Americans. Dr. PadrÃ³n is nationally respected for his advocacy on behalf ofunderserved populations in higher education. Through his efforts, there now exists adedicated academic counselor at each MDC campus for youth aging out of the fostercare system.About Family Resource Center

FRC provides a continuum of care to Miami-Dadeâ€™s abused and neglected kids including finding a safeand appropriate housing placement, getting them medical, dental, and mental health care, providingafter-school tutoring, and any additional needs that they may have (such as clothing, diapers, carseats, strollers, etc.). In addition to direct services for children, FRC also licenses and monitors fosterhomes, finds adoptive parents and handles all adoption paperwork, and operates a community mentalhealth center where it provides child therapy, family therapy, substance abuse counseling, dyadictherapy (a bonding therapy between parent and infant), parenting education and supervised visitationservices (for those parents who are not allowed to see their children without a third party present).

FRC is driven by the principle that nothing is more fundamental to a community than the safety andwell being of its children. In last year, FRC provided services to more than 2,500 children, adolescentsand adults.

Founded in 1978 by a group of concerned community leaders, FamilyResource Center of South Florida (â€œFRCâ€) is a 501(c)3 non-profit whosemission is the prevention and treatment of child abuse and neglectthrough the strengthening of families.