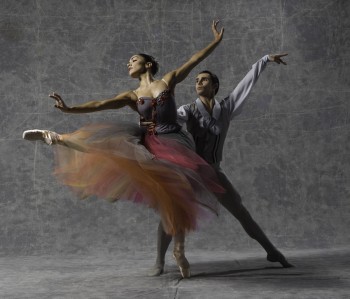 Spam All Stars to Perform.

An exciting night of mixing and mingling with MCB dancers and other young professionals awaits: indulging on scrumptious cocktails and decadent light bites and dancing to the sounds of Spam All Stars and their unique blend of improvisational electronic elements and turntables with Latin, funk, hip hop and dub to create what they call an â€œelectronic descarga.â€

The party is free for current MCBâ€™s Upper Room members and $15 for non-members. Non-members who purchase a membership before or at the party will be waived the $15 cover. RSVP by calling (305) 929-7000, ext. 1446 or email upperroom@miamicityballet.org.

Annual membership is $200 which includes a ticket to three opening night performances at the Adrienne Arsht Center, exclusive parties throughout the season and discount offers on select MCB performances and events. Add a second membership for only $25 more and get two memberships for $225.

The season runs October 21st through April 1st at the Adrienne Arsht Center in Miami. Program I opens the season (October 21-23) with the Upper Roomâ€™s namesake work, In The Upper Room, by TonyÂ® Award winning choreographer Twyla Tharp. Season highlights include a World Premiere ballet by 25 year old Liam Scarlett, Britainâ€™s hottest, young choreographer from Londonâ€™s Royal Ballet, the return of the full-length productions of Giselle and CoppÃ©lia and the holiday favorite George Balanchineâ€™s The Nutcrackerâ„¢. The Opus One Orchestra performs live for all repertory programs. Subscribe now and save at www.miamicityballet.org or call (305) 929-7010 or toll-free (877) 929-7010. Check out MCB and learn more about the dancers at miamicityballet.org/blog.