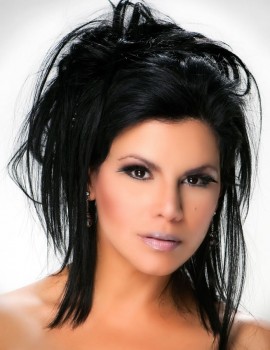 Five-time GRAMMYÂ® Award winner Olga TaÃ±Ã³n will perform at the first-ever Celebrate Orgullo on Saturday, October 1st at 12th Street and Ocean Drive, Miami Beach. Celebrate Orgullo, a free and open to the public event, celebrates the diverse cultural heritage and contributions of South Floridaâ€™s LGBT Hispanic community. It will take place from noon until 6 pm and coincides with Hispanic Heritage Month.

Olga TaÃ±Ã³n will headline a soon to be released roster of first-class talent on the main stage co-sponsored by Granda Entertainment and Ivan Cano.

The Latina superstar has been a force in Latin Music ever since she recorded Sola, her first solo album in 1992. With millions of albums sold and countless gold, platinum and multi-platinum certifications, she has brought audiences to their feet in some of the most important venues around the world. Olga is one of the few artists who has seamlessly crossed all boundaries and flawlessly transitioned among the various genres of Latin music.

Olga recently released her long awaited new studio album, Ni Una Lagrima MÃ¡s, under her own label Mia Musa Music and is distributed by Sony Music Latin. This album is a true masterpiece full of sentimental songs from her tropical roots that are sure to resonate with longtime fans.

With the City of Miami Beach as the Presenting Sponsor, Celebrate Orgullo festivities will include musical performances, folkloric dance, celebrity guests, drag performers, refreshments and vendor booths representing both the non-profit and business community.