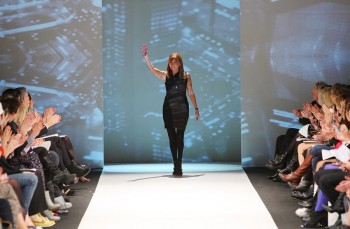 To help raise both money and awareness for womenâ€™s cancers, Saks Fifth Avenue Dadeland will partner with Baptist Health Breast Center and host the 2011 Key To The Cure, a charity shopping weekend taking place Thursday, October 20 through Sunday, October 23.

To launch this yearâ€™s event, Saks Fifth Avenue Dadeland will host a Key To The Cure kick-off celebration on Thursday, October 20, featuring a personal appearance by designer Nicole Miller, hors dâ€™oeuvres, live entertainment and, of course, shopping. Saks will also offer a limited-edition Key To The Cure T-shirt designed by Elie Tahari, available beginning Friday, October 1 and retailing for $35 in Saks stores, Saks Fifth Avenue OFF 5TH stores and on saks.com. 100% of the purchase price of each shirt sold will be donated to local charity partners.

Grammy and Academy Award winner Jennifer Hudson has been named the 2011 Entertainment Industry Foundationâ€™s Womenâ€™s Cancer Research Fund ambassador for Saks Fifth Avenueâ€™s 2011 KEY TO THE CURE campaign. In support of this program, Ms. Hudson will appear in a national public service announcement (PSA) wearing the Elie Tahari limited-edition T-shirt. The Key To The Cure PSA will appear in major fashion and lifestyle magazines in September and October.

During the shopping weekend many special events will take place, such as a personal appearance by designer Nicole Miller. Saks Fifth Avenue Dadeland in conjunction with Baptist Health Breast Center will host an intimate luncheon for 25 guests with Informal modeling enhancing the event. In the afternoon, from 2 to 4pm, the public will have the opportunity to meet Nicole Miller and receive fashion advice from her latest evening collection. The affair will take place on the second floor where clients will enjoy refreshments and sweet treats by Cupcake Love Miami.

Details of the event, including contribution amounts, will be announced closer to the event date.

Saks Fifth Avenue initiated its charity shopping weekend in 1999. Since then, the company has donated over $30 million to womenâ€™s cancer research and treatment organizations throughout the United States. Organizations benefiting from these funds include: The Breast Cancer Research Foundation, Entertainment Industry Foundationâ€™s Womenâ€™s Cancer Research Fund, Cleveland Clinic, Bostonâ€™s Dana-Farber Cancer Institute, Nevada Cancer Institute and many others.