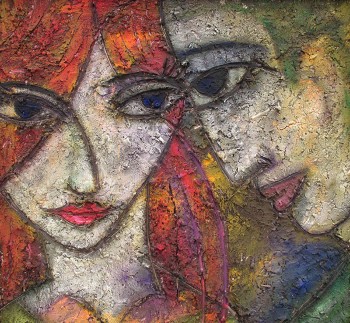 The WDNA Fine Arts Concert, which started two years ago, is a bimonthly presentation that brings art and jazz lovers together under one roof. The series often showcases performers who are rarely seen in South Florida, on an â€˜up close and personalâ€™ level.

Pinheiro, who released his fourth album in 2010 entitled, â€œThereâ€™s a Storm Inside,â€ is acclaimed in his native Brazil and internationally as a young maestro who composes, arranges, sings and performs with originality and maturity. The 35-year-old guitarist, a graduate of Bostonâ€™s Berklee College of Music, has won numerous awards and his albums have been included in Brazilâ€™s annual â€œTop 10 Albums of the Year.â€ Heâ€™s recorded and performed with luminaries such as Brad Mehldau, Bob Mintzer, Chris Potter, Esperanza Spalding, Claudio Roditi, Giovanni Hidalgo, Luciana Souza, and Dianne Reeves, who appears on his latest album.

Brazilian music is ingrained in Pinheiro, but he was also exposed to other genres including jazz, classical, rock and Middle Eastern, and those influences have crept into his branded style. Pinheiro will perform with his quintet, and guest vocalist, Glaucia Nahsser.

â€œAfter Yesterdayâ€¦â€ by Cuban-born multimedia visual artist, MANO is an enticingly vibrant exhibition with universal appeal, even for the casual observer. Known for his richly textured canvases and narrative collages exploring themes that deal with the trials of adolescence, family connections and the search for identity, MANO has developed a unique style dominated by faces. His interplay of colors on a myriad of surfaces is a virtual invitation for the viewer to engage in a dialogue.

MANO has been recognized for his works by numerous publications, including the Miami Herald, Sun Sentinel and Miami Art Guide. His works adorn many private and corporate collections worldwide, and his exhibition in the WDNA Jazz Gallery runs September 10 through October 22, 2011.

Tickets: $25 for WDNA members, $50 general admission, and includes refreshments and catered
cuisine by Portobello Restaurant, reservations are required at: 305-662-8889

WDNA 88.9FM is South Floridaâ€™s only source for prime time jazz, Latin jazz and world beat music. Now in its 31st year, WDNA 88.9FM is public radio that provides a wide variety of programs to the South Florida community. In addition to its jazz and Latin jazz features, WDNA 88.9FM offers award-winning shows such as CafÃ© Brazil, and the Reggae Ride. WDNA 88.9FM is also a platform from which college, middle and high school students obtain valuable experience and scholarships to further their music education. WDNA 88.9FM broadcasts and streams â€“ live – 24 hours every day from its Coral Way studios with predominantly locally produced programs.