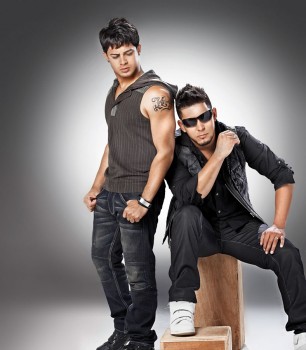 JosÃ© Nieves (R.K.M) and Kenny Vasquez (Ken-Y), both of Gurabo, Puerto Rico, are a Grammy Award-nominated reggaeton duo. They started their music career in high school when inspired by the explosion of reggaeton music in the 90’s. Winning The Draft, a contest for upcoming Latin artists, their success caught the eyes of Raphy Pina, and they were quickly signed to his label and a year later released “Masterpiece.” The album was nominated for Premio Lo Nuestro of 2007. Their first hit single was “Down” reached #1 on the Billboard Hot Latin Songs chart in 2006. R.K.M & Ken-Y have worked with artists such as Cruzito, Don Omar, Daddy Yankee, JosÃ© Feliciano, Pitbull, Hector “El Father”, David Bisbal, Chino y Nacho, Hector “El Torito.” They released their latest album, Forever on February 15, 2011.

Each of the Florida Marlinsâ€™ 11 Saturday home games this year is designated as a â€œSuper Saturday.â€ The highlight of each â€œSuper Saturdayâ€ is a post-game concert/show featuring internationally-acclaimed recording artists. The concert is free with each ticket purchased for that eveningâ€™s game. Baker Concrete Super Saturdays also include pregame parties at The Strike Zone at Gate H featuring celebrity, player and alumni autograph sessions, appearances from Billy The Marlin, Lilâ€™ Billy, the Mermaids and Manatees, special prizes, live TV/radio broadcasts and giveaways.

Fans can enhance their â€œSuper Saturdayâ€ experience by purchasing VIP â€œPit Passes.â€ Available for $25 each at www.marlins.com/supersaturdays, the passes provide on-the-field access to the post-game concert. For more information on Super Saturdays and to purchase tickets, call 1-877-MARLINS or visit the Marlinsâ€™ official websites at www.marlins.com and www.marlinsbeisbol.com.