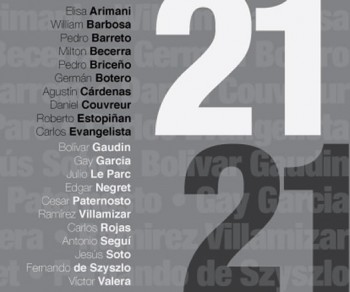 Durban Segnini Gallery was founded in Caracas, Venezuela, in 1970 and in Miami, USA in 1992, by its present director and owner Cesar Segnini. It specializes in contemporary painting and sculpture, emphasizing in artists who have worked with abstract expressionism, geometric abstraction and kinetic art.

Simultaneously, the Gallery strives to promote and diffuse new artistic values as well as the historical vanguards that have influenced them. Exhibitions are open to the public all year round in their galleries in Caracas, Venezuela, and Miami, Florida, which includes the Coral Gables Gallery and the newly opened space in the Wynwood District of Miami, an area where a group of major international galleries have concentrated.

Worldwide, Durban Segnini Gallery is known for its expertise in such areas as the integration of artworks to architectural spaces as well as for its customized cnsultant services to private collections.