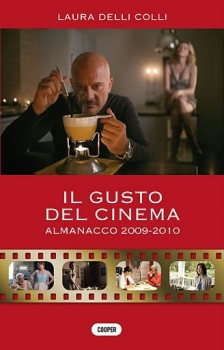 Anyone who loves Italian film and food should not miss out on a spectacular event taking place during the 6th annual Sicilian Film Festival! Famous, Italian film journalist, Laura Delli Colli will present, â€œAn Evening With Recipes â€˜Stolenâ€™ From The Screenâ€ on Monday, April 11, 2011 at the Miami Beach Cinematheque, 1130 Washington Avenue, Miami Beach, 33139. The film â€˜feastâ€™ will begin at 7:00 p.m. with a screening of selected scenes from famous Italian films, followed by feature film presentation of â€œBaariaâ€ by award-winning director Giuseppe Tornatore, and ending with a buffet dinner at CafÃ© Milano, 850 Ocean Drive, Miami Beach.

Film buffs will enjoy recalling scenes from Italian classics such as Federico Felliniâ€™s â€œLa Dolce Vitaâ€ Marco Ferreriâ€™s â€œLa Grande Bouffe,â€ and Luchino Viscontiâ€™s â€œThe Leopard.â€ In Delli Colliâ€™s book â€œThe Taste in 100 Recipes of Italian Cinemaâ€ (available in English at Amazon.com), she provides a recipe, a short synopsis of a film, and describes the food motif. Recipe 18 â€˜Timballo di Maccheroni/Macaroni Timbaleâ€ is inspired by a famous scene from â€œThe Leopard.â€ Delli Colli writes: â€œPrince Salina resorts to food to pinpoint the differences in life styles. The food to be enjoyed or to be extolled becomes an orgy of voluptuousness involving all five senses.â€ The dish which is macaroni with a meat sauce made of pork, chicken, and beef, plus aubergines and mozzarella, covered with a pastry and topped with bÃ©chamel sauce is depicted in a scene described by Delli Colli, â€œwhen the knife slits the crust, a smoke filled with flavors spurts out first, and thenâ€¦â€

In describing â€œLa Grande Bouffeâ€ with corresponding recipe â€˜Rognoni trifolati/Fried Veal Kidneysâ€™ Delli Colli writes: â€œthe film is clearly a metaphor of squalor and an allegory of a society condemned to die of wealth. The gourmet menu is a real nightmare appeasing and killing at the same time the leading characters.â€ In the film the kidneys are prepared â€˜Bordolese-styleâ€™ which is the French version of the Italian recipe provided in the book.

At the lecture, Delli Colli will also discuss Donatella Maiorcaâ€™s â€œThe Sea Purpleâ€ to be screened at the SFF on Friday, April 8th and share recipes for Sicilian Swordfish, Sundried Tomatoes in Oil and Timbale Macaroni.

Following the lecture (at 7:45 p.m.) will be a screening of Giuseppe Tornatoreâ€™s â€œBaaria.â€ Tornatore became internationally famous after his â€œCinema Paradisoâ€ won Special Jury Prize at the 1989 Cannes Film Festival and an Academy Award for the Best Foreign Film the same year. â€œBaariaâ€ was the opening film at the 66th Venice International Film Festival and received a Golden Globe nomination. Baaria (Sicilian slang for Bagheria where Tornatore was born) is an epic saga of life and death, love and hatred in a vibrant Sicilian town in the first half of the twentieth century.

Finally, after discussing and watching food in film, guests are welcome join the SFF President, Emanuele Viscuso, Artistic Director, Salvo Bitonti, and the SFF team at CafÃ© Milano, 850 Ocean Drive on South Beach for a buffet dinner (to begin at approximately 10:30 p.m.) Tickets are $50.00 per person and proceeds will benefit next yearâ€™s Sicilian Film Festival. For more information and reservations, call (305) 710-4593 or email SicilianFilmFestival@gmail.com.