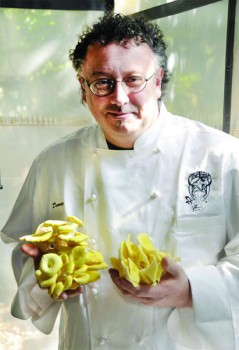 For more information and tickets, visit www.miamiwinefestival.org or www.facebook.com/miamiwineandfoodfestival or follow us on Twitter @MiamiWineFest. . For tickets call 1-877-820-3378.

2011 festival to feature fine wine and food, spirits, beer and much more

The 16th annual United Way Miami Wine and Food Festival, Miamiâ€™s first and foremost charity wine and food festival, will take place Thursday, April 14 through Sunday, April 17, 2011. Presented by American Express, all proceeds from the festival will benefit United Way of Miami-Dadeâ€™s work in the areas of education, income and health.

Friday, April 15, the Food, Friends & Fun â€“ Interactive Dinner, presented by Bacardi USA, belongs to celebrity Chef Dewey LoSasso of The Forge Restaurant | Wine Bar. This interactive experience is the ultimate good time for foodies, where tables will team up to cook their own three-course meal under Chef LoSassoâ€™s tutelage. The evening begins at 6:30 pm with a Bacardi cocktail reception, and Bacardi master mixologist, Gary Hayward, will teach guests a few tricks of the trade during dinner, which begins at 7:30 pm. Tickets are $300 per person and $2,400 per table of eight. Food, Friends & Fun takes place at the InterContinental Miami, 100 Chopin Plaza, Miami.