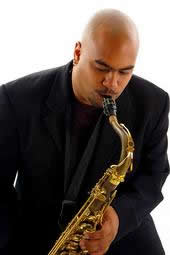 KCC Productions and the Van Dyke Cafe present Troy Roberts’ Nu-Jive, Thursday March 10, at 9 PM, on the occasion of the release of their new CD, “Nu-Jive”. The band fetures Troy on saxes, Silvano Monasterios on piano, Eric England on bass, and David Chiverton on drums. The Van Dyke is located at 846 Lincoln Road, South Beach. For more information, call (305) 534-3600 or visit thevandykecafe.com.