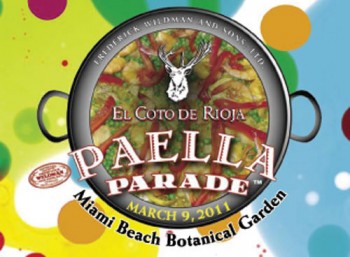 On Wednesday, March 9 at the Miami Botanical Gardens (2000 Convention Center Dr., Miami Beach) from 8:30 p.m. â€“ 11 p.m. local chefs from top restaurants will compete and showcase their unique take on Spainâ€™s national culinary treasure â€“ paella. Guests will indulge in a seemingly endless flow of food and wines, sampling each chefâ€™s interpretation of the iconic dish, paired with a selection of El Coto de Rioja wines.

For more information on visit www.paellaparade.com.