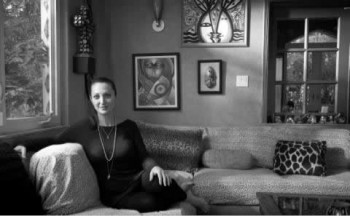 Kimberly Green, president of the Miami-based Green Family Foundation (GFF), will be heading to Los Angeles to attend the 53rd Annual Grammy Awards this weekend. Why? Because she and her colleagues received not one but two Grammy nominations.

Itâ€™s all because of a beautiful collection entitled Alan Lomax in Haiti: Recordings for the Library of Congress, 1936-1937, which has been nominated for Best Historical Album and Best Album Notes. Ms. Green and GFF were primary funding partner for the 10-disc box set, which was released by Harte Recordings in conjunction with Anna Lomax Woodâ€™s Association for Cultural Equity and restored at New Yorkâ€™s legendary The Magic Shop by engineer/producer Warren Russell-Smith, whoâ€™s making his second foray to the Awards (Russell-Smith won in 2007 for Woody Guthrie: The Live Wire). Noted Haiti scholar Gage Averil has been nominated for his extensive liner notes.

Ms. Green and GFF has been active in Haiti for more than a decade, and her work ranges from community health and development to cultural repatriation and preservation. The former includes a partnership with Columbia Universityâ€™s Earth Institute and the establishing of the Haiti Policy Program (which helps to support the Haiti Policy Advisor position currently held by Dr. Tatiana Wah, who provides economic policy advice to the President and Government of Haiti).

The latter includes partnering with Fastforward Haiti for the Sinema Anba Zetwal (Cinema Under the Stars) â€œFood for Soulsâ€ tour (which followed the 2010 earthquakeâ€™s fault-line and was attended by upwards of 250,000), where Haitians were given a first-hand look and listen to the Alan Lomax films and recordings, which President Clinton called â€œan exemplary commitment to action.â€

Ms. Green, who directed and produced the award-winning documentary Once There Was a Country: Revisiting Haiti (narrated by Dr. Maya Angelou and Guy Johnson), also oversees the Cultural Committee for the Clinton Global Initiative Haiti Action Network.

In her native Miami, Ms. Green and GFF fund a number of initiatives, among them the Little Haiti-based Youth Expressions program (which addresses everything from HIV/AIDS prevention to gang intervention and has become a harbor for at-risk youth) and â€œA Photographic History of Black Miamiâ€ (a permanent exhibit curated by 34-year veteran FIU professor Dr. Marvin Dunn and located in Camillus Houseâ€™s Brownsville Christian Housing Center).

Furthermore, Ms. Green and GFFâ€™s close association with FIU has resulted in the creation of both the Steven and Dorothea Green Library and the Digital Library of the Caribbean, as well as the establishing of NeighborhoodHELP (Health, Education, Learning, Program), where students of the Herbert Wertheim College of Medicine work with medically underserved families throughout Miami-Dade County.