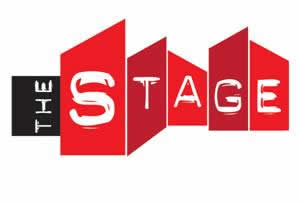 After an exciting opening month, The Stage is proud to announce their February lineup. This month Miamiâ€™s newest live music and entertainment venue will welcome a thrilling roster of entertainment to the stage.

Wednesday, February 23rd, 2011
Cody Chestnutt
Many acclaim Cody Chesnutt to be an exciting force within the field of music. Cody is an American musician of African American descent from Atlanta, Georgia, whose music blends elements of rock, funk, soul, hip hop, and blues. The world class vocalist and writer with such hits as â€œThe Seed 2.0â€ by The Roots and his amazing self recorded bedroom cult classic â€˜The Headphone Masterpieceâ€™. DJ Tom Laroc will be holding down the vibe for the duration of the evening. This event is going to be truly EPIC!
(www.myspace.com/codychesnuttmusic)

Thursday, February 3rd, 2011
Ben Prestage
Known as â€œThe Best One Man Bandâ€, Ben Prestage has been praised at the future of American Blues, Roots Music, Americana and it one of todayâ€™s most talented outsiders. (www.benprestagemusic.com)

Thursday, February 17th, 2011
The legendary Eddie Kirkland performs with Juke
Eddie Kirkland is one of the original Blues men who boast relentless grit, talent, strength of writing, love of entertaining and devotion to the Blues. (www.eddiekirkland.com) Juke, a four-piece contemporary blues band that takes pride in what they claim is â€œnot your uncleâ€™s blues. Itâ€™s dirty, itâ€™s raw, itâ€™s real and it makes you feelâ€

Friday, February 18th, 2011
Stokeswood
Stokeswoodâ€™s independent release, Carassia is like a sonic excursion between the lines of a poetâ€™s story-telling prowess. Thoughtful introspection on the human condition is amplified and challenged by the layered accents of electroacoustic guitars, pianos, synths, strings and drums. (www.stokeswood.net)

Tuesday, February 25th, 2011
Big Samâ€™s Funky Nation
The Nation has established their presence on the forefront of the New Orleans music scene. Boasting a masterful blend of rock, with an improv-style associated with jazz and a horn-heavy front section thatâ€™s the hallmark of funk. (www.bigsamsfunkynation.com)

Wednesday, February 2nd, 2011 and March 10th, 2011
Ben Robinson Band
Ben Robinson, 22 year old renowned guitarist has been booked on such shows as The Late Show with David Letterman, Donny and Marie, Martin Short and he even pulled a stint with super drummer Tony Royster Jr. in the Nickelodeon super band produced by Paul Shafer. David Letter recognizes him as â€œThe Boy with The Bluesâ€. DJ Tom LaRoc spinning the night away with a mix of sheer excellence. (www.myspace.com/thebenrobinsonband)

Friday, Febuary 4th, 2011
ArtOfficial
Miami-based Art Official can be described as â€œblending your favorite groups from hip hopâ€™s â€œgolden era,â€ replacing their sampled beats with jazz musicians and injecting a good dose of future funk into the whole equation. (www.artofficialmusic.net)

Thursday, February 10th, 2011
Nicolle Chirino Acoustic
Nicolle is a Rock/Pop artist and the 3rd generation of a Latin music dynasty.

Dates Performing: Saturday, February 12th, 2011 and Sunday, February 20th, 2011
Â¡SuÃ©nalo!
Â¡SuÃ©nalo! is the premier Miami band with a sound that vividly reflects the different cultures that shape the Magic City. Â¡SuÃ©nalo! defies classification but can be described as Latin Funk. (www.suenalomusic.com)

About The Stage:
The Stage is the latest entertainment venue to join Miamiâ€™s booming Music Corridor which stretches from the outskirts of Brickell to the Brooklyn-esque Design District. A 10,000 square foot entertainment venue, The Stage gives onlookers a birds-eye view of performances on their nearly 200 square foot stage. Two garage style doors open to the outdoor space providing unobstructed views at nearly every angle. Taking cues from old world New Orleans, Andrea Mejia designed The Stage with the charm and sophistication of the city in mind. Make no mistake; The Stage isnâ€™t just another good looking venue, itâ€™s has soul. With state-of-the-art acoustics, lighting and equipment, The Stage will undoubtedly introduce a whole new experience of authentic talent to the City and is sure to be a favorite for both entertainers and the audience. The Stage is located at 170 NE 38th Street in Miamiâ€™s Design District. For more information call 305.576.9577, visit their website at www.thestagemiami.com, or find them on facebook at www.facebook.com/thestagemiami.