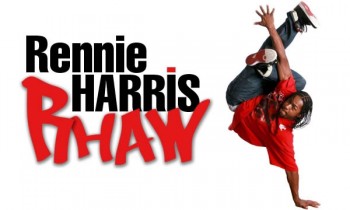 It’s street dancing at its “RHAW-est”â€”from Campbell Locking, Popping & Boogaloo to B-boy/girl, House and Hip Hop danceâ€”performed by some of today’s newest and brightest hip hop dancers. Rennie Harris Awe-inspiring Works was created by Harris as a response to the overwhelming interest from teens and young adults to join his internationally renowned company Rennie Harris Puremovement.

RHAW downplays the abstract while pushing its dramatic aesthetic. RHAW forges new paths for young Hip Hop hopefuls as well as present Hip Hop practitioner. Join us as we take it back to basics!

Now celebrating its Fifth Anniversary Season, the Adrienne Arsht Center for the Performing Arts of Miami-Dade County salutes Black History Month with the thrilling Miami debut of RHAW: Rennie Harris Awe-inspiring Works. Bringing the rawness of the streets and the drama of dance theater together for an electrifying stage show, RHAW has won rave reviews across the country for daredevil dancing and for their high-level performance spirit! The company will present a selection of new works and repertory favorites on February 10-13, 2011 in the Carnival Studio Theater, in the Sanford and Dolores Ziff Ballet Opera House.

Tickets are $40 and $45 and are on sale now. Tickets may be purchased through the Adrienne Arsht Center box office by calling (305) 949-6722, or online at www.arshtcenter.org.

RHAW is street dancing at its â€œRHAW-est.â€ Mastering hip hop styles such as Campbell Locking, Popping, and Boogaloo to b-boy/girl house and hip hop social dance, RHAW brings the roots of hip hop from the street corners of Philly to concert stages around the world. RHAW was conceived in 2007 by three-time Alvin Ailey Award winner Dr. Rennie Harris in response to the overwhelming interest from teens and young adults to join the main company, Rennie Harris Puremovement (RHPM).

Performed by some of the greatest young stars of street dance today, the companyâ€™s repertoire honors the true essence of hip hop. RHAW – forges new paths for the next generation of hip hop practitioners, honoring the history of hip hop, exploring new ideas in the ever-evolving genre, and providing new contributions to this important American art form.

â€œWe invite Miami to join us as we applaud the artistic contributions of the African-American community this month and all year long at the Adrienne Arsht Center,â€ said M. John Richard, president and CEO of the Adrienne Arsht Center. â€œRHAW is a dance company that represents the very best of the pioneering American spirit and the rich culture of the African Diaspora, coming together to create pure magic on stage.â€

RHAW is a vibrant young group of hip hop dance professionals that train under the great choreographer Rennie Harris, founder and CEO of Rennie Harris Puremovement (RHPM), a company established on the belief that hip hop is the most important original artistic expression of our generation. Currently celebrating its 20th Anniversary Season, RHPM has emerged as the international hip hop ambassador and surviving senior member in the world of organized hip hop dance theater. RHAW takes this legacy to the next generation of dancers and audience members â€“ channeling the original roots of hip hop to express universal themes that extend beyond racial, religious, and economic boundaries.

Rennie Harris is a North Philadelphia native who has been honored as Artist of the Year by Pennsylvaniaâ€™s First Lady and received one of only 50 United States Artists Fellowships. He has created evening-length work and repertory pieces for RHPM that deconstruct the perception of hip hop as a violent, undisciplined counterculture, transforming popular perception of the genre and expanding the boundaries of hip hop culture in America. RHPM cultivates an appreciation for diversity and is dedicated to preserving and disseminating hip hop culture through workshops, classes, lecture-demonstrations, dance residencies, mentoring programs, and public performances.