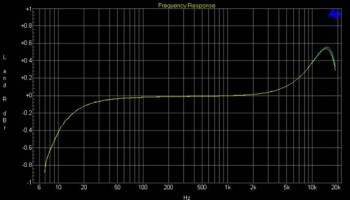 January 8 – February 27, 2011
There is nothing wrong with your television set. Do not attempt to adjust the picture. We are controlling transmission. If we wish to make it louder, we will bring up the volume. If we wish to make it softer, we will tune it to a whisper. We will control the horizontal. We will control the vertical. We can roll the image, make it flutter. We can change the focus to a soft blur or sharpen it to crystal clarity. For the next hour, sit quietly and we will control all that you see and hear. We repeat: there is nothing wrong with your television set. You are about to participate in a great adventure. You are about to experience the awe and mystery which reaches from the inner mind to…The Outer Limits.

Exploring the overlaps between space, place and artifactâ€”a perforation is introduced. A moment, a window, and a possibility that may transmit a disruption in the fabric of Dimensions Variable by introducing a variable dimension.

Felice Grodin was born in Bologna, Italy and currently lives and works in Miami Beach. She obtained her BArch from Tulane University and her MArch with Distinction from Harvard University. Her first solo Lost Horizon, featuring the depiction of alternative architectural exploration, debuted at Diana Lowenstein Fine Arts in 2009, where she is currently represented. Her work was also featured recently in the group show Drawing Beyond the Plane at the Tampa Museum of Art. In addition, her first curatorial project was in 2008 at Locust Projects in Miami called â€œSynestheticsâ€ which explored the creative interface between art and technology.

Samantha Salzinger is currently an Associate Professor and Art Department Chair at Palm Beach State College. She obtained her MFA from Yale University in Photography and her BFA from Florida International University. Samantha was the recipient of the South Florida Cultural Consortium Fellowship in 2000 and again in 2009. Among her recent exhibitions are â€œWith You I Want To Liveâ€, an exhibition of the Francie Bishop-Good and David Horvitz collection at the Museum of Art at the Fort Lauderdale Museum of Art and her upcoming second solo exhibition at Gallery Diet in March of 2011.