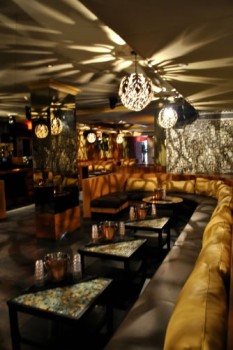 We don’t care what you say, there is no such thing as Winter in Miami. That is why everyone flocks to the Magic City each and every New Years Eve. The weather is always on point and the parties are some of the best in the nation. This year one of the most sought after events is hosted by none other than the Gansevoort South, one of the hottest stays in South Beach. This premium New Years Eve party is hosted at Coco De Ville, one of South Beach is most upscale and high energy lounges found right off the lobby at STK Miami.

Inspired by a fictional character named Coco De Ville, this ultra chic lounge and club is depicted as her Miami home for the 1920s rich and famous. This New Years Eve Coco De Ville is highly anticipated event will go Balls to the Wall featuring an open bar from 10 p.m. to 2 a.m., with world-renown DJs spinning the best sounds, ensuring that you will ring in the New Year the right way.

There is no better place that combines exclusivity, chic aesthetics and superb service. This New Year&#39;s Eve make sure to go &quot;Deck the Balls&quot; at Coco De Ville.