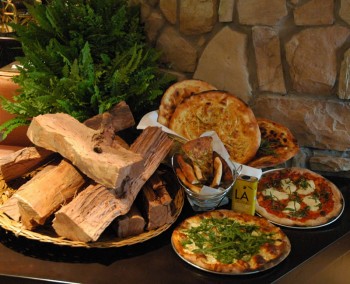 The Mayfair Hotel Recruited Consultant Jonathan Eismann For Launch of New Restaurant, Spartico, A Trattoria bringing gourmet pizza and Italian fare at casual pricing to Coconut Grove
Prices range from $4.95 to $14.95 for lunch, and from $5.95 to $26.95 for dinner items.
Spartico at The Mayfair Hotel
3000 Florida Ave. in Coconut Grove.
For reservations or pick up call: 305-779-5100.

First Obadon Hotels got Daniel Boulud into Brazilian Court Hotel & Beach Club. Then Michelle Bernstein was asked to create magic at The Omphoy Ocean Resort. Now The Mayfair Hotel & Spa in Coconut Grove has stepped up with Spartico, a casual Roman pizza centric trattoria, recruiting culinary consultant Jonathan Eismann, of the longest running and most highly acclaimed chefs in Miami, for his culinary expertise to help develop the concept and menu.

As would be expected, Sparticoâ€™s menu features a range of recognizable entrees, enhanced with gourmet sensibilities. The menu consists of classic Italian-style faire with unique ingredients producing memorable sandwiches, salads, appetizers and decadent desserts presented, along with substantial childrenâ€™s offerings. 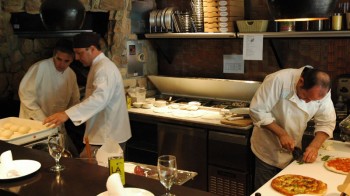 Commanding the menu, however, will be dozens of Roman-style pizzas.

Cooked in an Ambrogi wood-burning oven from Milan, which also faces out street-side for passers-by to get a quick 12 inch pie, or just get a whiff of the aromatic crust bubbling in the oven, these pies will be made daily by hand, using a blend of various flours and dough produced by seasonally harvested wheat. Toppings include a list of original selections, including chorizo, tomino cheese, speck, ripe figs and honey, and proscuitto di Parma.

Diners are surrounded by the sounds of crackling fire, an unpretentious modern Italian design, and scents of inspired Roman cuisine being prepared to order at Spartico, slated to open on December 18th.