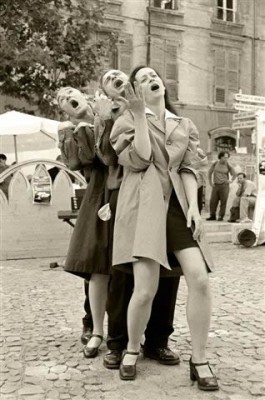 Exhibit will run until August 2

Manny Verdecia was born in Havana in 1962. In 1992 he graduated from the Art Institute of Fort Lauderdale, Florida, with a degree in fashion photography. Since an early age, Manny was lured to the power of the image and the spontaneous representation of reality that his curious lens would later capture. Through the years, he has worked with several models and acting
agencies, but he has channeled his passion mostly in pursuit of that unique split second in which people reveal their true selves at fleeting, ephemeral moments of their everyday life.

This is exactly what “Expressions of Avignon” is about. In this exhibit, Manny illustrates a summer he spent in that provenÃ§ale town in the South of
France, a magic city where popes once lived and where his keen camera registered the candid human expressions and gestures of popular artists on its streets.