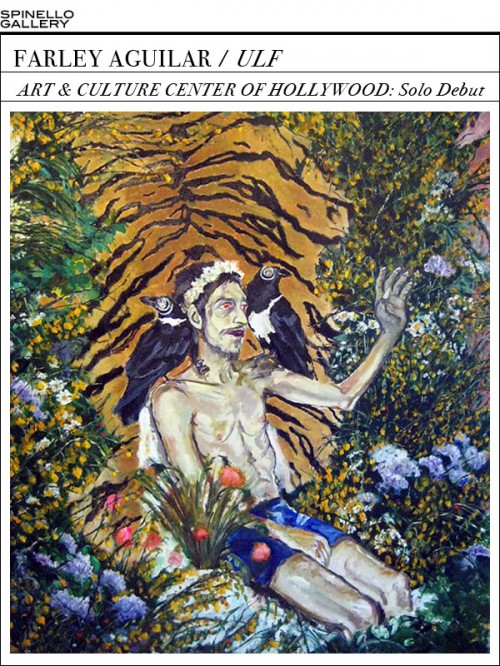 Farley Aguilar paintings are based on a character Aguilar conjured up and refers to as “Ulf.” “Ulf” is an old Norse term for wolf and it’s also a common male name in Scandinavia and Germany. The series tracks the rise and fall of this creature/character, from his supernatural origins (The witches casting a spell to the full moon) to his destruction by his own followers.

The artist in these works, explores people’s need to create fantasy in order to deal with the fact that they are simply pawns of fate. The nature of life and death are truly mysteries that are not understood. The symbol of the wolf is significant because they are thought of as loners – many ancient culture’s myths are based on insights gleaned from the wolf’s wandering nature. Another notable source of inspiration for Aguilar are artists like Ingmar Bergman and Dostoevsky, who blend reality with dreams, magic, and horror in order to explore what is beneath our standard social reality.