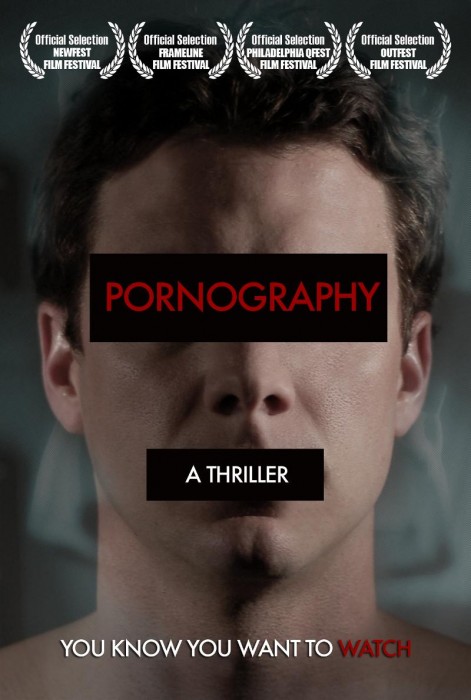 PORNOGRAPHY
Sunday, Feb 21
7:00 PM
Cinema Paradiso
503 SE 6th Street
Ft. Lauderdale, FL 33301
Buy your tickets online:
Member $7
Non-Member $11
OR by phone 305-534-9924
In this sexy, trippy, psychological creep-show, a gay porn star named Mark Anton mysteriously disappears after he decides to leave the business at the height of his fame in 1995. Rumors about murder and blackmail swirl for 14 years, until Michael, a young New York writer researching a book about pornography, decides to investigate the strange events. An underground video is unearthed that might be a snuff film capturing the missing star’s bizarre – and perhaps supernatural – vanishing act. Michael’s sleuthing brings back the same paranormal energy that destroyed Mark, turning his own life into a surreal, voyeuristic nightmare.

Warning: There are no (unsimulated) pornographic scenes in this movie. But it does have a twisty, clever script; ample male nudity; genuine suspense; a hot cast and plenty of mindfucking. Plus a mysterious ring, a menacing stranger and a rent boy who accepts personal checks. – (synopsis courtesy of Frameline)