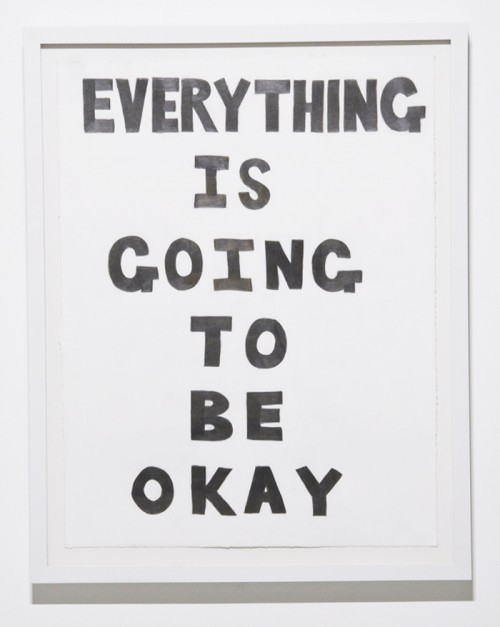 Wynwoodâ€™s eclectic Gallery Diet (174 NW 23rd St., Miami) and Charley Friedmanâ€™s quixotic vision will whisk you away to a whimsical wonderland. â€œMagical Powers,â€ Friedmanâ€™s second solo show at the always-surprising space, features a mixed-media buffet of seductive offerings that incite a belly roll.
On one wall, a plush hand fires a jellybean-colored cascade of space rays toward the heavens. In the center of the gallery, a slowly dripping fountain, confected from a kiddie pool and natural sponges, fills the air with the soothing murmur of a slow-mo waterfall. The startled mugs of a cow and tortoise gawk bemusedly at passersby. And a giant orange beach ball swallows a room in the opposite corner. This Wednesday at 11 a.m., catch Friedmanâ€™s legerdemain before his baffling enchantment of an exhibition closes. Itâ€™s one of those rare treats that will leave a smile lingering on your gob long afterward.

Charley’s House of Fun
Nancy Jones
Silver linings and fun sex are two surprise elements youâ€˜re likely to encounter this New Year at Gallery Diet in Wynwood. Director Nina Johnson opens her unashamedly beat-up gray door with a welcome smile. Seems like everyoneâ€™s a potential friend here. Even those glum looking refugees (from downtown New York ?) moping around in the back will probably lighten up after a dose of prankster artist Charley Friedmanâ€™s Magical Powers.
Friedman makes his home in that beehive of art-making â€“Brooklynâ€“ where most sculptors who know-whatâ€™s-good-for-them live these days. His second solo show here at Diet is small. But small, smart and cagey. Cagey, in fact, is how that 99-year old dynamo sculptor Louise Bourgeois once described herself. And Friedman has a little of that naughty Bourgeois in him, minus the tortured childhood angst.
His materials are by turn crude, everyday, found, or skillfully crafted, while his outlook is altogether wry. Magic Rays and Magic Powers form the locus of the exhibition. On one wall a small graphite work on paper, Magic Rays shows a gleeful male nude spreading rays of sperm-like joy around. He’s no sex symbol, just a regular guy who wants to believe heâ€™s still a power in the world by dint of his male-ness. Walk over to the center of the room and Rays morph into Powers, a sculpture fabricated from Pop-colored felt pieces sewn together. There is also what looks like a female hand involved. Either sheâ€™s showing whoâ€™s really the boss and creator here, or sheâ€™s blocking the intrusive rays from that guy over on the wall whoâ€™s clearly deluded and infatuated with himself.
You could call it a win/win situation, or not.
Thereâ€™s another sculpture by Friedman, and two handsome C-prints of a tortoise and a cow. Oneâ€™s a little slow and the other gives milk.
You can read into it, or not.
No ambiguity about I Like Moist Things. Letters are carved out of natural sponges that drip intermittently into a tacky looking childrenâ€™s wading pool.
You might like it, or not. I did.
Everything Is Going To Be Okay is the final Friedman work I look back to see before going out the door. Maybe 2010 wonâ€™t be so bad after all.