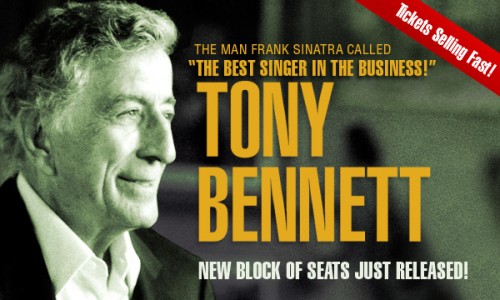 His initial successes came via a string of Columbia singles in the early 1950’s, including such chart-toppers as Because of You, Rags To Riches and a remake of Hank Williams’ Cold, Cold Heart. He had 24 songs in the Top 40, including I Wanna Be Around, The Good Life, Who Can I Turn To (When Nobody Needs Me) and his signature song, I Left My Heart In San Francisco, which garnered him the first two of his eight Grammy Awards.

Tony Bennett is one of a handful of artists to have new albums charting in the 50’s, 60’s, 70’s, 80’s and 90’s. He introduced a multitude of songs into the great American Songbook that have since become standards for pop music.