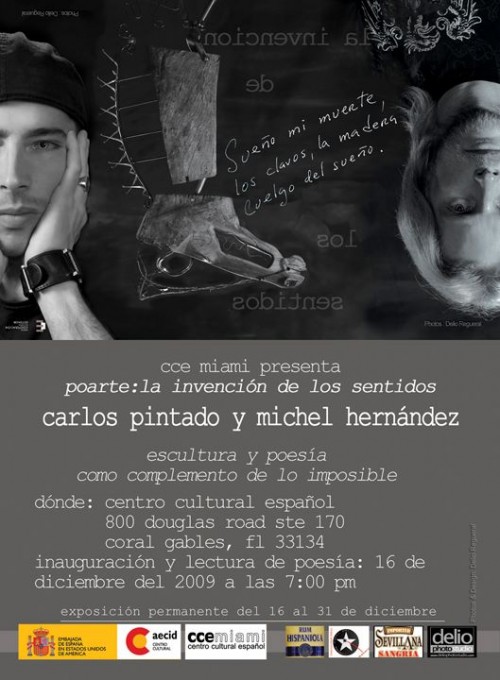 Carlos Pintado is an Award-winning cuban poet and a writer. Author of El diablo en el Cuerpo, Los bosques de Mortefontaine, HabitaciÃ³n a oscuras,La SeducciÃ³n del Minotauro. A collection of his poetry entitled Los Nombres de la Noche was published by Bluebird editions. In 2006, Carlos Pintado was awarded The Sant Jordi International prize for poetry in Spainfor his book Autorretrato en azul. In 2008 his book El azar y los tesoros was one the twelve finalists for Spain’s oldest and prestigious poetry prizes ADONAIS, and will be published in Buenos Aires, Argentina. His poetry and short-stories have been published in literary journals and anthologies from various countries and languages. The South Beach Music Ensemble and Boston Composer Pamela Marshall have created a Piano Quintet based of his poems that can be seen in different cities in United States. Pintado has also been an invited author for the Miami International Book Fair. He’s currently the editor of the literary magazine La Zorra y El Cuervo and resides in Miami.