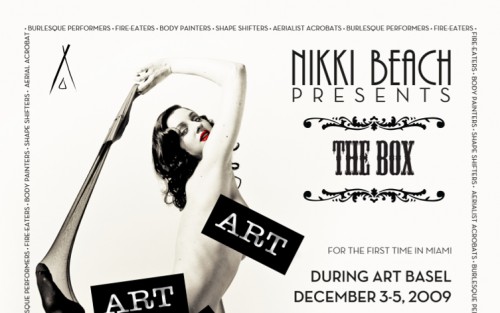 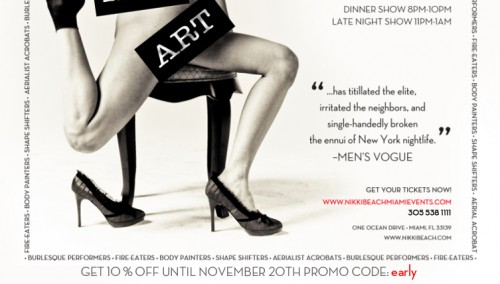 For the first time ever in Miami and with a brand new series of original performances, â€œThe Boxâ€ will take guests on a seemingly endless risquÃ© ride that they wonâ€™t soon forget. Variety acts including burlesque performers, fire-eaters, body painters, shape shifters, and aerialist acrobats will leave guests wondering if people really can bend that way.

â€œThe Boxâ€ is an exclusive theatrical performance based out of the Lower East Side of New York City and has revolutionized nightlife through a radical approach to late-night entertainment. With an artistic advisory board consisting of Rachel Weisz and Jude Law and innovative live theatrical productions, â€œThe Boxâ€ has taken the world by storm. Global appearances include London, Istanbul, and Washington D.C.

To make reservations and for more information please visit www.nikkibeachmiamievents.com or call (786) 515-1158.