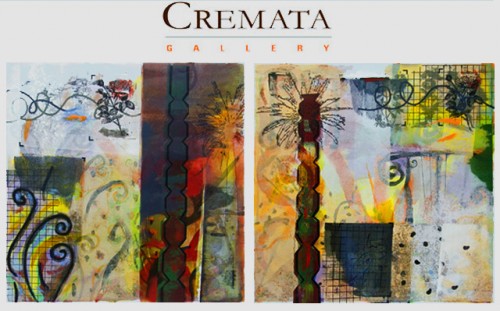 â€œCardo ni ortiga cultivo … â€ the one-man show by Cuban artist Pepe Herrera presented at Cremata Gallery, is his â€œopera primaâ€ in our city. He arrives preceded by his recent and very successful participation in two major exhibitions in Spain: â€œEntre rÃ­asâ€¦â€ reviewed extensively in El Nuevo Herald (July13th, 2009), inaugurated in the very center of Madridâ€™s art triangle next to the Prado Museum, and â€œLa isla expandidaâ€ showcased at Huelvaâ€™s Museum of Art.

Pepe Herrera is a master twice over: he enjoys international recognition as an outstanding figure of the celebrated 1980s Cuban generation, and at the same time, he is one of the best serigraphers of our time. His move to Barcelona 20 years ago and later to Madrid helped him become a major player in the European market. In his previous visit, he launched the first of a series of serigraphs of master Cundo BermÃºdez carried out by him, edited by Cremata Gallery. Let this exhibition, full of mystery and subtlety, fill you with wonder as it explores an imaginary garden.