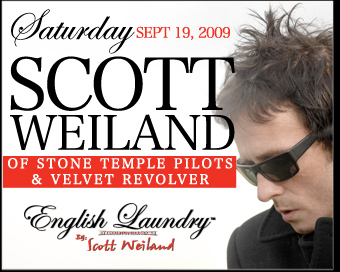 Come early for complimentary admission and cocktails between 10 and 11PM. This is an early show so make sure to be there on time to see this exclusive mini-concert by legendary rocker, Scott Weiland. Then stay for a special performance by Swedish DJ superstar, John Dahlback.