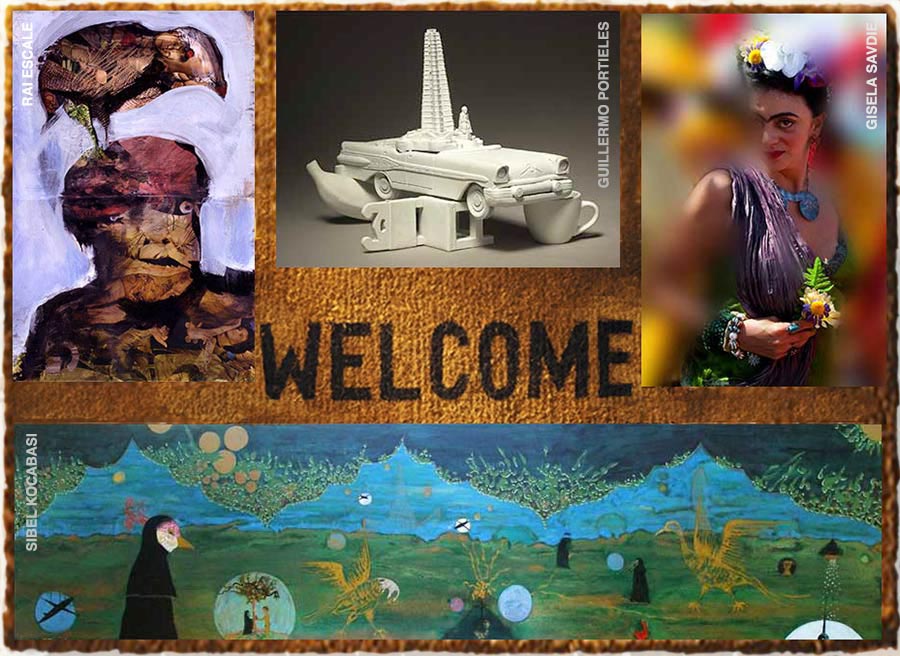 Anja Marais has been awarded the “People’s Choice Award” at Sculpture Key West for her
installation “False Security” recently presented in Wynwood, Miami through Artformz Outzide –

Ramon Williams is currently exhibiting at Projects Gallery in “Aqui Estamos” in Philadelphia,
and is presented by Cruselle Fine Arts in the exhibit “Eclat” at Eichler Gallery in Orange, California.

Alette Simmons-Jimenez has been invited to form part of a large group show including approximately 8 Miami artists with Nicolas Leiva and Tomas Esson, among others, sponsored by the “Centro Italiano per le Arti e la Cultura” originating in Turin, Italy and traveling to other countries for two years.

Rai Escale was selected for the “Fountainhead Residency” here in Miami, and has been working in residence for 2 months.

Gisela Savdie has two upcoming solo shows for 2009, one opening at NES Gallery, in Argentina in June, and another at La Cueva in Barranquilla, Colombia opening in September.