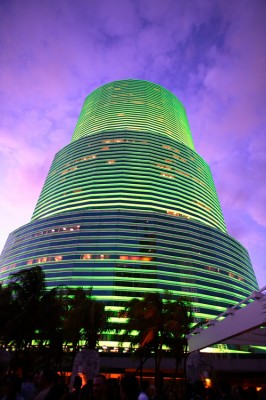 As millions of people around the world prepared to â€˜go darkâ€™ in recognition of Earth Hour 2009, hundreds gathered at Miamiâ€™s landmark Bank of America Tower at International Place for a special Earth Hour kick-off party on March 26. The landmark tower â€“ illuminated in a flood of green light â€“ served as the backdrop for the event. City of Miami Mayor Manny Diaz and his family were on-hand to turn-off the towerâ€™s iconic lights. 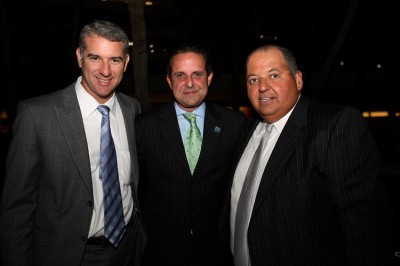 Earth Hour is World Wildlife Fundâ€™s global initiative where individuals, businesses and governments turn off their lights for one hour to show support for action on climate change and global warming. In 2008, 50 million people switched off their lights to honor Earth Hour. 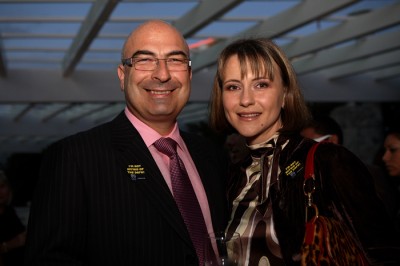 Bank of America Tower at International Place is a 600,000 square-foot, I.M. Pei-designed office tower in Downtown Miami. The tower has earned â€˜iconâ€™ status for its changing palette of exterior lighting schemes timed to coincide with holidays, sporting events and other significant occasions. 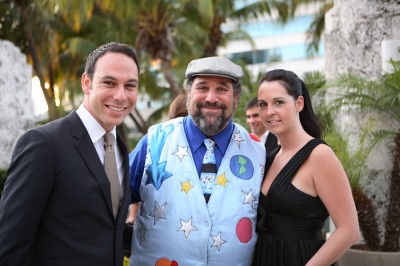 all photos by Meg Pukel