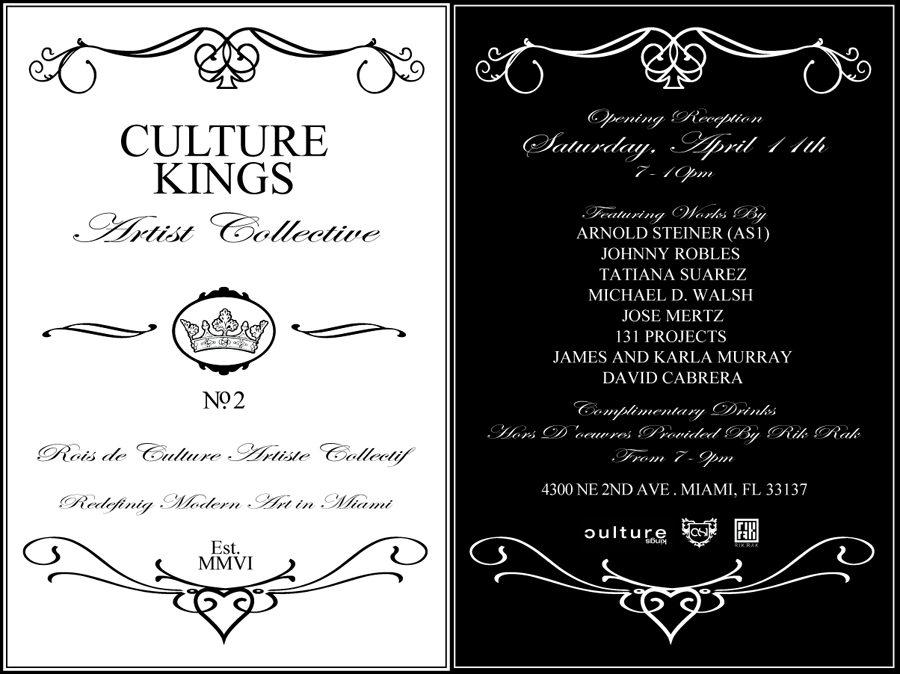 A Few Words From CK Founder Chris Oh
For a city that hosts one of the worldâ€™s largest art fairs, we are constantly overlooked in todayâ€™s modern art world. I feel the artistic energy in Miami is very seasonal and I created the CULTURE KINGS ARTIST COLLECTIVE to try and keep the energy in Miami constant. I found that many artists in Miami hit a ceiling that was only breakable by relocating to another major city, most often New York or Paris. I have no disillusions of turning Miami into the epicenter of the art world. Instead, I want to hopefully start a change that may lead to an awaking in the artistic community that will shift the art worldâ€™s perspective on Miami.
In addition to sparking the change in the artistic community I also wanted to introduce a new audience to the fine art world. I found that many people were intimidated to take an interest in Art because they were either unaware or misinformed of the gallery circuit and feared they might not understand a particular artistic concept. The CKAC space holds regular business hours and we invite anyone who cares or wants to take an interest in art to come by and hopefully leave a little more cultured.