WHAT: Bloomingdaleâ€™s Florida is pleased to announce that NYC artist and designer, Noah Greenspan aka Noah G POP has been named the official artist of their 2009 Spring Fashion Launch and HOT event, â€œNew Visionâ€. Noahâ€™s striking color combinations and boldly-textured patterns truly embody the current direction in which the fashion industry is going this Spring. Mini galleries of Noahâ€™s artwork and fine art fashion designs will be displayed in Bloomingdaleâ€™s Aventura, Boca Raton, Miami, Orlando and Palm Beach Gardens locations starting on March 12, 2009. Noah has created a new piece of art, â€œthe Visionaryâ€ exclusively for Bloomingdaleâ€™s which will be auctioned off to benefit the Downtown Arts District in Orlando, Florida. Noah G POP will also appear at select locations where he will be signing limited edition posters of his latest creation. The “Noah G POP for Bloomingdaleâ€™s” After-Party will take place at Shore Clubâ€™s Skybar, Beauty and the Beats event on March 15th. The fun weekly karaoke party will have an added twist, when Noah decorates the venue with his pop art creations. 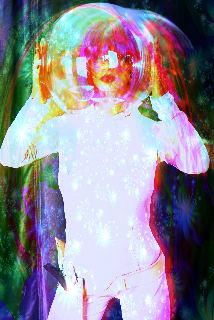 Noah G POPâ€™s signature style, POPography; is a unique fusion of digital photography, pop expressionism and fine art standards that brings an image from the photographer’s studio to the digital darkroom and ultimately to its final home on canvas. His art has been showcased in galleries throughout New York, Las Vegas and Miami and his art and custom clothing designs are in the personal collections of Russell Simmons, Sean â€œDiddyâ€ Combs, Wyclef Jean, PelÃ©, Nicole Miller, Maya Angelou, Erykah Badu, Jill Scott and Queen Latifah. He is currently working vigorously at developing his line of Fine Art Fashion and bringing his art to galleries and consumer products everywhere. For more information, visit www.noahgpop.com.
Bloomingdaleâ€™s is Americaâ€™s only nationwide, full-line, upscale department store; and a division of Macyâ€™s, Inc. It was founded in 1872 and currently operates 40 stores in New York, New Jersey, Massachusetts, Pennsylvania, Maryland, Virginia, Illinois, Minnesota, Georgia, Florida, Nevada and California. For more information, or to shop any time, visit www.bloomingdales.com.