Dan Sehres of New Concept Video along with Mykel Stevens

Welcome you to a night of CINEMA!

Sunday CINEMA : THIS WEEKS MOVIE “The Roman Spring Of Mrs. Stone” The story of an american woman and her abandonment in rome…..

Critics and the public say Karen Stone is too old — as she approaches 50 — for her role in a play she is about to take to Broadway. Her businessman husband, 20 years her senior, has been the angel for the play and gives her a way out: They are off to a holiday in Rome for his health. He suffers a fatal heart attack on the plane. Mrs. Stone stays in Rome. She leases a magnificent apartment with a view of the seven hills from the terrace. Then the contessa comes calling to introduce a young man named Paola to her. The contessa knows many presentable young men and lonely American widows

One lucky winner will receive a gift presented by New Concept Video. 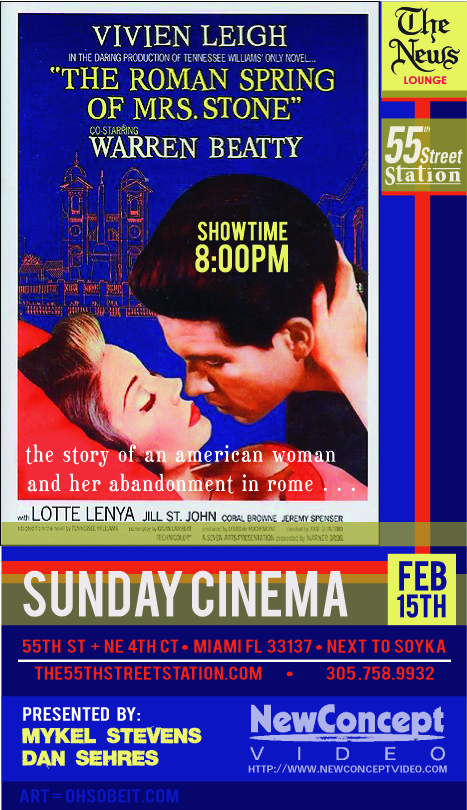